The senior living industry has been adapting wellness-based practices in its operational model for years, from design trends to customized programming and activities to increase resident engagement.

But pivoting to wellness is not a simple process, and involves — among other elements — engaging multiple stakeholders, transforming physical spaces, and integrating technology. That’s according to leaders with SRG Senior Living and life plan community Moorings Park, who spoke during a recent Senior Housing News webinar.

Covid-19 accelerated the process of embracing a wellness paradigm, and providers like SRG and Moorings Park that pivoted to wellness prior to the pandemic achieved benefits predicted in their strategies, as well as some that were unintended.

These providers prepared for a wellness-based care model by defining what wellness means for their organizations, identifying the relationship between staff and residents as a linchpin to a successful wellness program, and discovering that older adults are more adept to change than some may believe.

Pivoting to wellness also involves getting residents and staff to buy into the changes being brought to communities, said Dr. Sarah Matyko, corporate director for life enrichment with SRG Senior Living.

“Wellness is so much more than exercise and nutrition, which I think the industry gets wrong,” she said.

A Center for Healthy Living pioneer

One of the most common mistakes providers make when pivoting to wellness is making changes without considering the impacts they will have on residents and frontline workers, Moorings Park CEO Dan Lavender said.

Based in Naples, Florida, Moorings Park is a life plan community consisting of three separate campuses — one of which is currently under development — across a full continuum of care. The community adopted a wellness-centered approach around 2007 with the hiring of its first wellness staff.

Moorings Park was proactive on the wellness front because it identified the sheer volume of baby boomers set to enter retirement. The oldest boomers turned 65 in 2011, and are now at an age where they are seriously considering moving to senior housing.

The Center for Healthy Living is located central to its campuses in Naples and offers a range of clinical and non-clinical offerings, via a 24/7 concierge health care program. An outpatient therapy center is located next to a doctor’s office, which is adjacent to a lecture hall, a nail spa, retail, and massage room. This encourages communication and interactions between clinicians and other wellness professionals about how to advance the integration of wellness throughout the larger center.

“We needed to create a place where we could say, ‘This is an articulation of our philosophy.’ And this needs to permeate through everything we do, everywhere on our campuses,” Lavender said.

Moorings Park was on the leading edge in creating its Center for Health Living, but the life plan community is not alone in embracing this model. A 2016 report from architecture firm Perkins Eastman shone a light on the rise of CHLs, and highlighted how Moorings Park specifically was able to leverage its CHL to improve a sense of community on campus; increase opportunities for partnerships with other organizations; and glean positive marketing/referral outcomes.

Furthermore, a Perkins Eastman survey of 26 participants — including senior living and care providers, architects and industry consultants — revealed widespread positive effects of CHLs. Going forward, Perkins Eastman proposed that CHLs could serve as a hub for greater integration with the off-campus community, a trend that also is picking up steam in a post-pandemic environment as more senior living providers seek to diversify their revenue streams and meet the growing demand for home care.

Solana Beach, California-based SRG serves over 5,000 residents across 32 communities in seven states and is a pioneer in weaving wellness into its operations. SRG defines wellness as the period of one’s life spent in good health, free from chronic conditions. That pertains to proactive prevention, as well.

The provider’s wellness program, SRG Zest, empowers residents to be active participants in their own health and well being and living that healthy lifestyle now to prevent chronic conditions and other elements.

“Wellness is really the experience of joy, contentment, positive wellbeing, combined with a sense that one’s life is good, meaningful and worthwhile,” Matyko said.

SRG Zest is incorporated across all aspects of SRG’s operations, from dining and physical fitness to cognitive improvement and mental health.

Building the program involved gathering resident feedback, through focus groups and other data collection practices. One thing that stood out immediately was how connected and invested residents were in the staff in communities.

This is basic behavioral science, Matyko said, which is an important concept to understand to encourage and sustain wellness-related lifestyles. For example, smokers tend to hang out with smokers.

SRG realized that in order for its Zest program to be successful, it needed to get both residents and staff to buy in, and created an employee wellness program based on resident data, to truly instill Zest into its cultural fabric.

“We know if we can impact one person at the community, whether it be a resident or an employee, that the likelihood of two people that have that same health behavior is about 80%, which is pretty high,” she said.

Encouragement is baked into the Zest system. Fresh Zest, SRG’s dining program, is a plant-based menu option offered to both residents and staff. Getting people to change their eating habits is not easy, so SRG’s culinary teams held recipe competitions, with winning entries receiving cash prizes.

Culinary teams were able to build menus based on the recipes they received, complete with plating presentations and feedback, before reverting back to regular menu options. After the competition, residents and staff were encouraged to share success stories of weight loss and other positive health benefits related to the shift in diet. SRG received several testimonials from residents losing multiple pounds as a result of the change, and one staff member waiting for a liver transplant claimed that the change in diet saved his life.

“Those types of success stories keep it relevant and at the top of residents’ minds,” she said.

One lesson learned by providers during the pandemic is how elderly people were able to adapt to technology at a rate that many would not have considered possible before.

Just as Zoom, FaceTime and other platforms served to keep residents in contact with staff, loved ones and each other, so has technology worked to deliver wellness-based programs in a virtual format.

Integrating wellness with technology has the added benefit of tapping in to an entire resident population, because the virtual environment allowed newer residents not comfortable meeting their neighbors in pre-Covid times to connect in ways they would not have before, Matyko said.

“This has been really enlightening for us because they might have moved in for a needs-based reason, or they lost a spouse and they’re not comfortable interacting on that social level,” she said.

But it wasn’t until resident bridge groups discovered that they could move their regularly scheduled game times to virtual settings that the provider realized that its census was more capable of adapting to technology than it realized.

“We could actually see the internet usage in our communities increase,” he said.

This will evolve as the pandemic persists and the industry eventually enters a post-Covid environment. Moorings Park is working on ways to strike a balance between in-person and virtual events, including discussions with resident councils on how to achieve this. 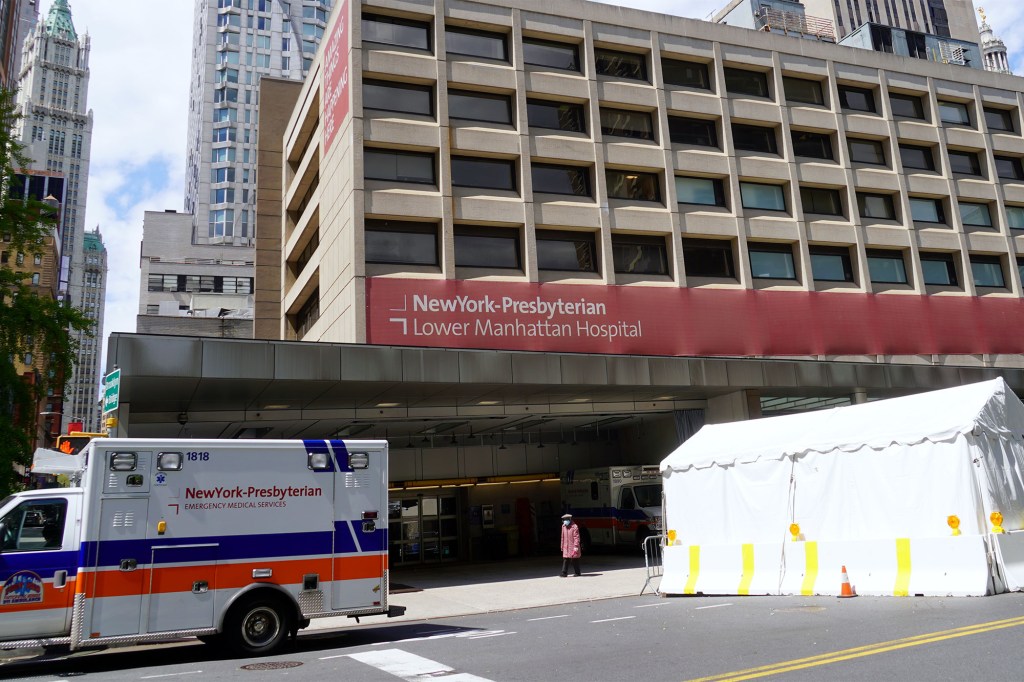